The recent hot topic is about JYP Entertainment and Sony Music Entertainment’s new Japanese girl group: NiziU. The whole process of the making is on the survival show Nizi Project.

After going through auditions, examinations, and a training camp with missions, JYP announced the final lineup as nine members: Mako, Rio, Maya, Riku, Ayaka, Mayuka, Rima, Miihi, and Nina. NiziU has since then released a pre-debut mini-album Make You Happy that includes songs that they performed in Nizi Project. Recently, they have been appearing on Stray Kids’s music videos such as “God’s Menu” and “Back Door”. NiziU also had their first live performance on the music program “THE MUSIC DAY”. They are set to debut in November 2020. 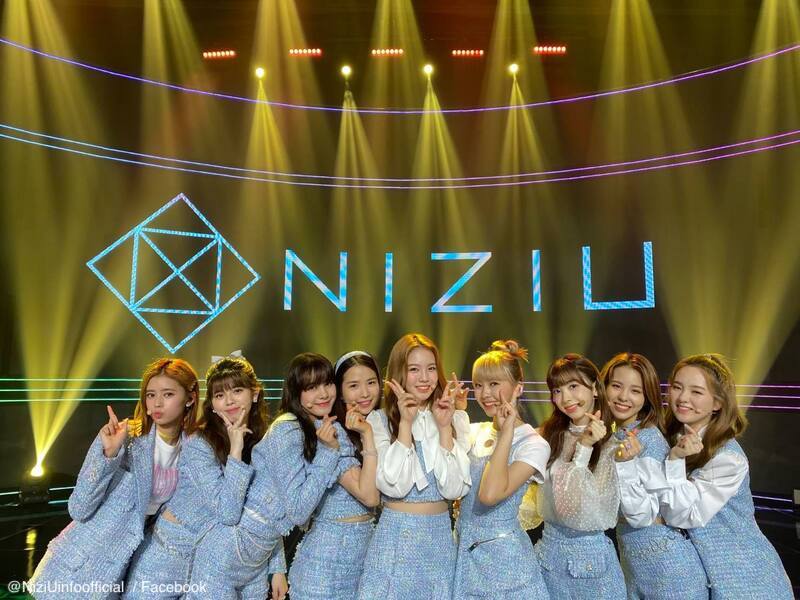 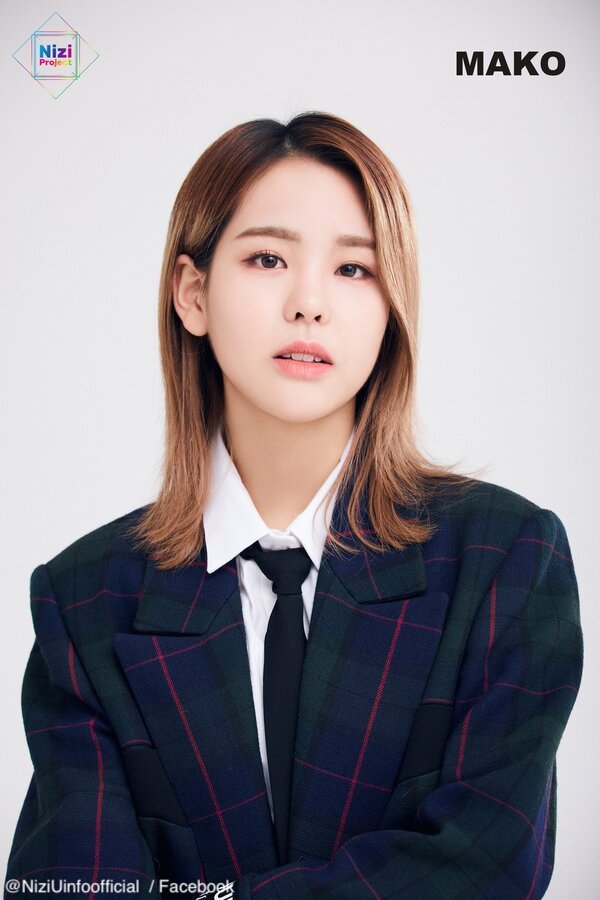 Mako was a JYP trainee for around three years after coming third in the JYP 13th public audition. She is full Japanese but has also mastered the Korean language.

Her passion for debuting was very strong, as she was known for being a hard worker among the JYP trainees. In one interview, she even said, “I can’t sleep until I finish what I started.” In her first appearance in Nizi Project, she encouraged other trainees before their auditions, which showed her natural leadership skills. She was always praised by JYP for that.

One of her most notable moments in Nizi Project was when she completely changed her image to perform “I’ll Be Back” by 2PM in her dance evaluation. The other contestants were in shock when seeing how much she changes when she is performing on stage. Even after being in NiziU, she still maintains her short hair.
In her personal life, she loves watching TV dramas, learning languages, and writing a to-do list to collect her thoughts every day. She also loves to eat, and she can eat lemons with ease. 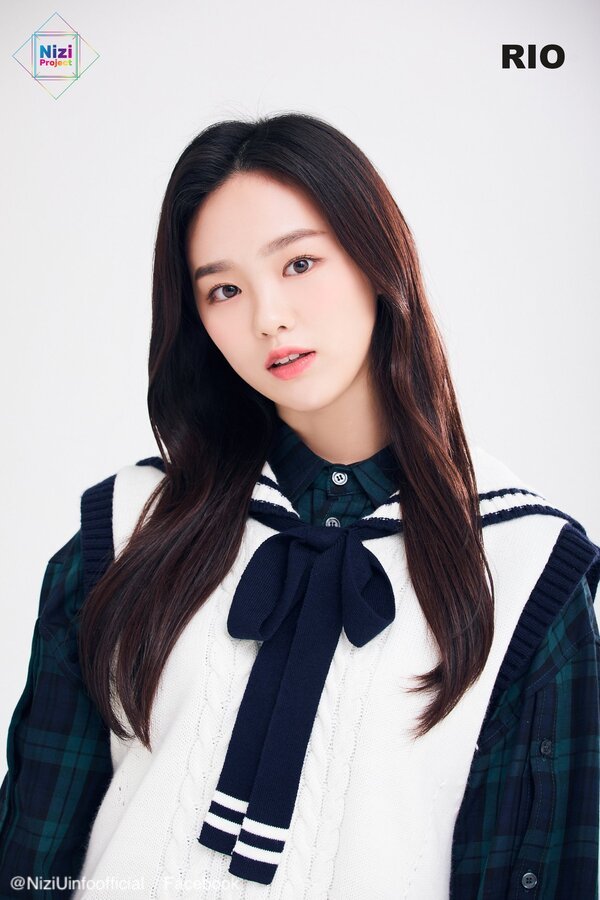 Rio is very passionate about dancing, as she started when she was just a second-grader. Later on, she auditioned and joined a dancing group (BUNNIES from EXPG Lab) when she was in middle school, but left to pursue acting.She decided to audition for Nizi Project because she wanted to break out of her shell and become an idol by combining her dancing and acting skills.

JYP’s first impression of Rio was that her visual was like an actress’s. During Nizi Project, he praised her a lot in her expressive nature when dancing. However, she struggled with her singing and performing as an artist instead of a dancer. As she participated in more missions, though, she was able to show her growth and ended 4th in the final ranking.

By the other members, she is described as bright, talkative, and someone who gets lonely very easily. They also think she has excellent taste in fashion and dresses very maturely. She is also known to love eating eggs. 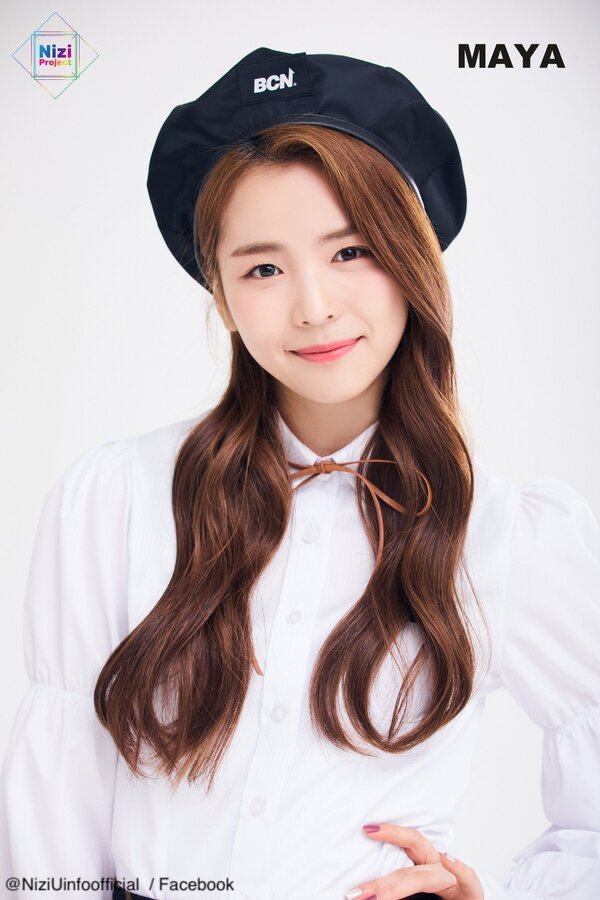 Before auditioning for Nizi Project, Maya had won 1st and 2nd in two different dance contests in 2017. She was also a trainee at YG Japan from 2017 to 2018. She wanted to participate in Nizi Project because she wanted to discover her strengths and weaknesses and pursue her dream as a performer.

Her most memorable moment on Nizi Project is when she did a picture-story show of the fairytale “The Ugly Duckling.” The message of the story related to her dream of opening her wings and seeing the world. From this episode, within the NiziU fandom, she is now known as “NiziU’s swan.”

Her hobby is drawing and collecting skincare products, while her specialty is cooking. By the other members, she is seen as the motherly figure of the group because she is good at cooking and giving advice. 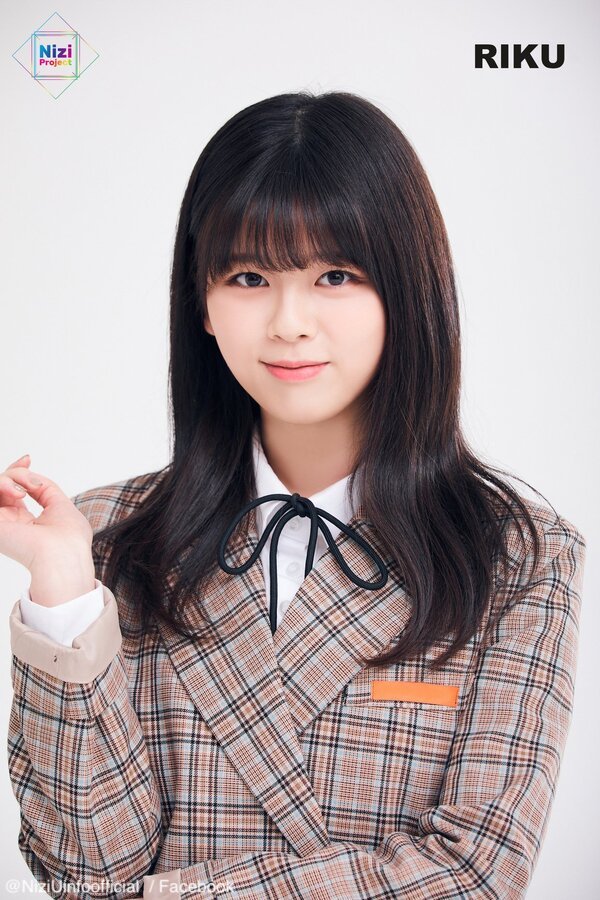 Although she has not been trained professionally, Riku was praised by JYP for her excellent control in her vocals in her audition. She believes that she has the loudest voice in NiziU. She dropped in the rankings after the 3rd mission in season 2, but she was able to debut because of her vast improvement.

She practiced karate from when she was a kindergartener until she was in 6th grade. She showed her skills in her audition as well as the star quality examination in Nizi Project.

She is known as “the energetic squirrel” of NiziU because of her bright personality and her visuals resembling a squirrel. When she talks, her Kansai dialect stands out, and NiziU members say that she has a great sense of humor. Although she can be outgoing, she can also be very thoughtful during conversations.

Apart from karate, Riku loves to watch mukbangs (Korean eating shows), and she can easily remember other people’s birthdays. 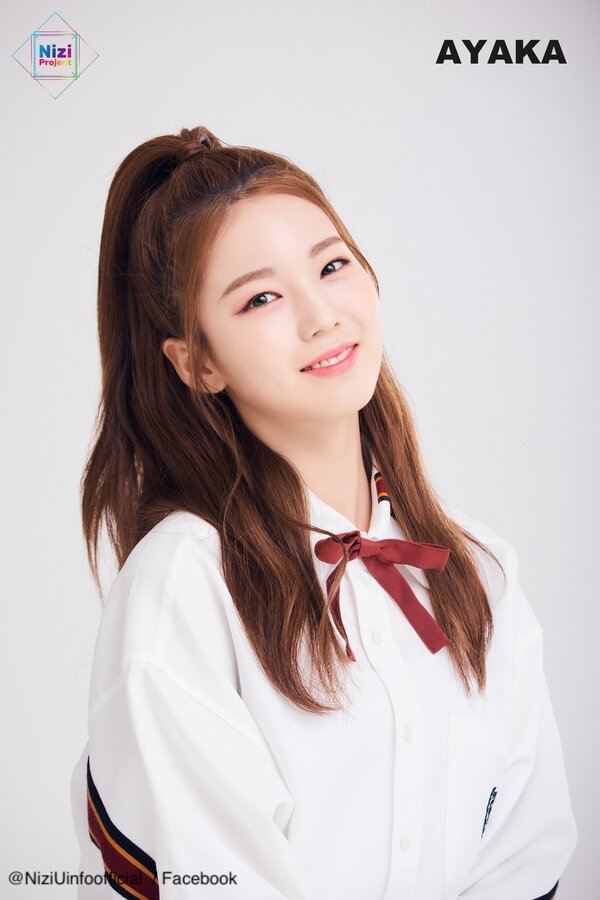 Ayaka is the tallest member in NiziU. She made a strong impression to JYP, as he explained that her face reminded him of Miss A’s Bae Suzy. Even with her lack of skills in dancing, Ayaka passed the audition with her charismatic character.

Although she had trouble keeping up with the other participants on the show, she kept her promise of working hard to improve her skills. In an interview during the television program “Sukkiri,” she said that she still could not believe that she was selected to debut.

She might seem like a shy and quiet person, but she is known to be bubbly and to have a unique personality. Rio described her as being the smartest out of all the NiziU members. She practiced tennis for around three years and even won a small tournament in the past. During Nizi Project’s seventh episode in the first season, she incorporated a tennis racket to show her true personality.

Her other skills include swimming breaststroke and sleeping. She also loves watching mukbangs and eating good food. 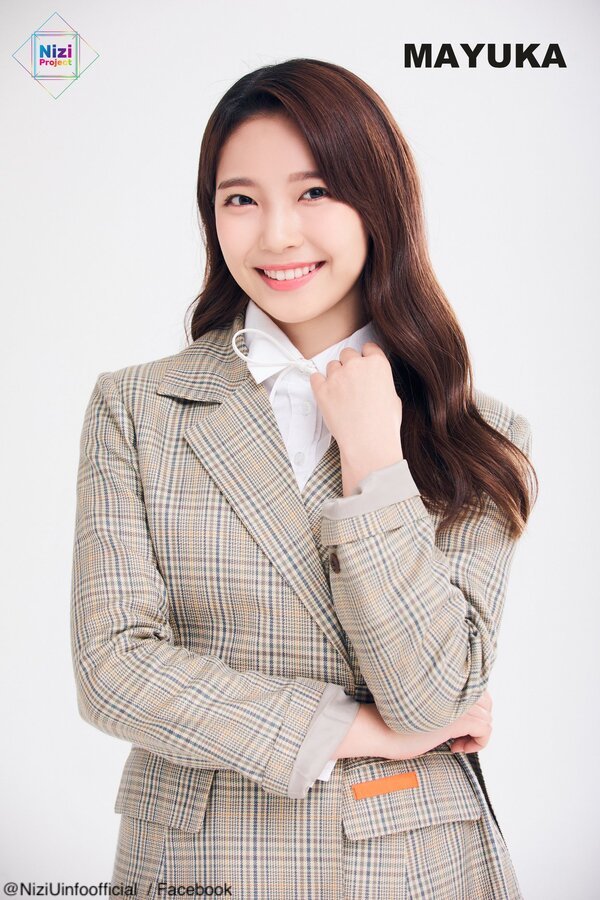 Until the first elimination at the end of season 1, Mayuka did not receive any cubes from JYP. However, after her group evaluation with “Dalla Dalla,” JYP awarded her dance, vocal, and star quality cubes. He said, “even though I did not give you any cubes, you performed as if you had all of them.” With her improvement over a short period, she was able to advance to train in Korea. Throughout the show, the staff members and trainers mentioned that she had the best attitude.

She made a lasting impact when she showed her impressive skills when performing “Heartbeat” by 2PM in the final mission of season 2 in Nizi Project. She is now known as NiziU’s chameleon because she can camouflage and fit into any concept.

She likes to watch movies, and her hobby is playing the piano. She also attended the same school as Momo from TWICE. By the other members, she is described as being diligent and very caring. 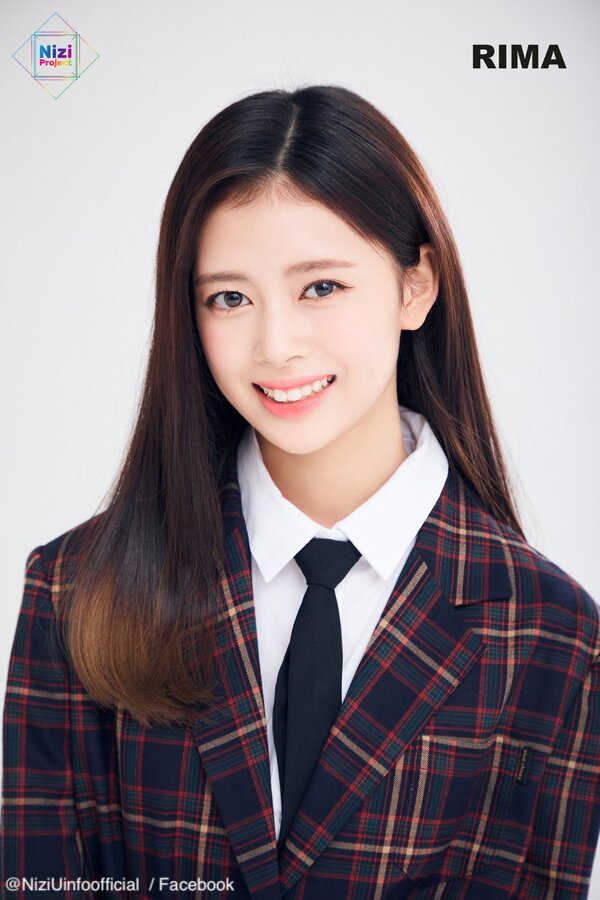 Rima was a JYP trainee for around seven months. Her mother, Miwa Nakabayashi, is a model and her father, Zeebra, is a rapper and DJ. Rima mentioned that although her parents are also in the entertainment industry, she wants to show her individuality and her strengths.

She had been attending an international school since when she was two years old. She said the reason why she wanted to become an idol was because her friend there introduced her to K-pop. Rima is trilingual in English, Japanese, and Korean and she prefers English over Japanese.

Rima self-taught herself how to play the drums and performed a cover of “One More Time” by TWICE in the eighth episode of Nizi Project. Her other hobbies include experimenting with skincare and makeup, organizing her schedule, and playing games. She loves to eat a lot of noodles and to hand letter. The other NiziU members described her as cool on the outside but very playful in the inside. 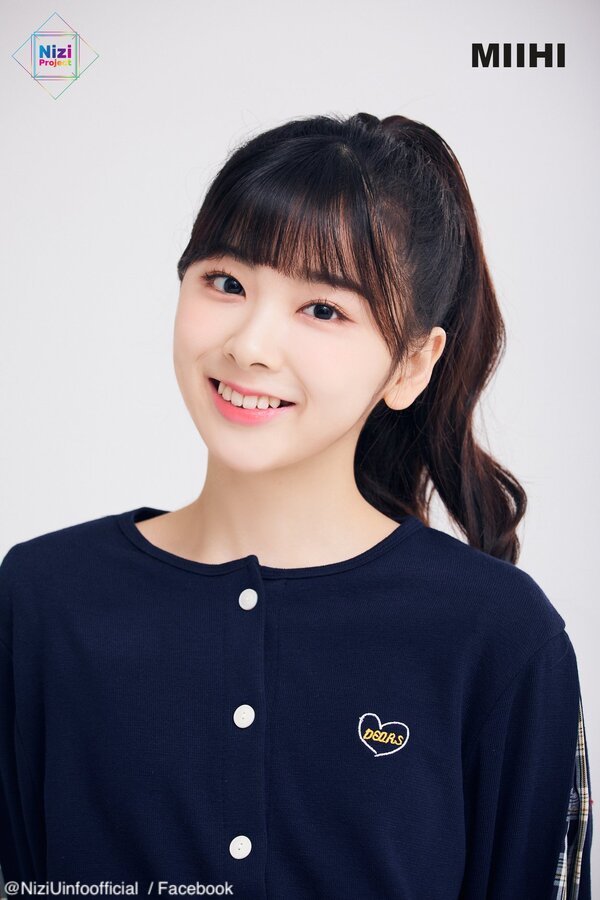 Miihi was also a JYP trainee for around seven months before auditioning for Nizi Project. She is able to understand and speak fluent Korean. She is a big fan of TWICE and incorporated their songs in her examinations.

In the third episode of Nizi Project, she mentioned that she lacked confidence in her dancing compared to her singing. However, in her dance examination, JYP praised her for her performance and said “there is nothing in particular for me to point out.” Miihi was placed second out of 26 in the dance examination.

Her most notable moment in Nizi Project was when she sang “Nobody” by Wonder Girls for her solo stage in the second season. JYP described her performance as “perfect” and placed her first.

When she was in elementary school, she did baton twirling as an extracurricular activity. She showed her abilities by choreographing a performance in the eighth episode of Nizi Project. Miihi also likes to eat a lot of good food and sleep a lot. 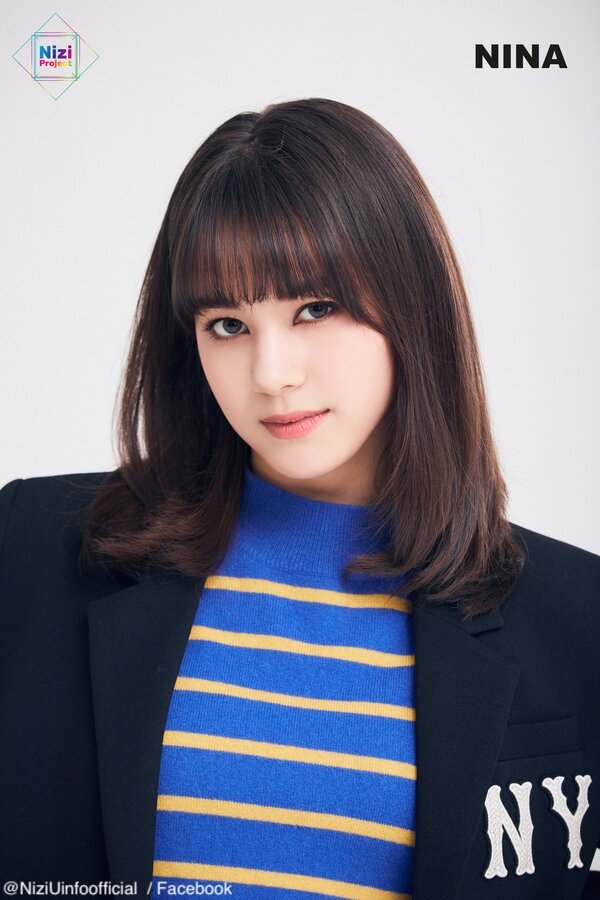 Nina was born and raised in Washington, America but she moved to Nagoya prefecture two years before appearing in Nizi Project. After her audition, JYP confessed that he was astounded to see a great talent like her.

Nina has experience being a child actress and starring in musical theaters. She is fluent in English and Japanese but she is more comfortable speaking English. When she moved to Japan, she practiced her Japanese with her mother and sister to keep up with her classmates at school. In a magazine article that she was featured in in the past, it stated that she can also speak French.

To show her star quality, Nina did a radio station skit by composing the opening background music and writing the script. She also likes to listen to a lot of music and do physical activities. As the youngest member of NiziU, the other members describe Nina as being very bright and affectionate with great vocals.