The K-pop wave continues to have a significant impact around the world, including Japan. This has also led to a spread of several Kpop trends from fans in Korea to Japan through social media. One example is “torekadeco”, which has become very popular in the past year.

“Torekadeco” is the Japanese translation for “trading card decoration”, and it is a popular trend among Japanese K-pop fans. Trading cards (or TCs) are high-quality 55x85mm photos of K-pop idols that are a part of merchandise. They are also known as photo cards, pocas, or PCs. While photo cards and trading cards can have slight differences, the two terms are generally used interchangeably, notably in Japan.

In Kpop, the trading card culture began in 2010 with Girl’s Generation’s second studio album “Oh!”. Nowadays, at least one card is included as a freebie in K-pop albums. They are usually exclusive photos that haven’t been released anywhere else such as selfies and photoshoots, and the variety continues to increase.

The catch is that the cards are limited edition, and since they are shuffled randomly, fans will not know which member they got until they open the album. Therefore, many fans like to collect photo cards to trade and sell them outside concert venues or through online platforms to obtain rare cards of their favorite members. 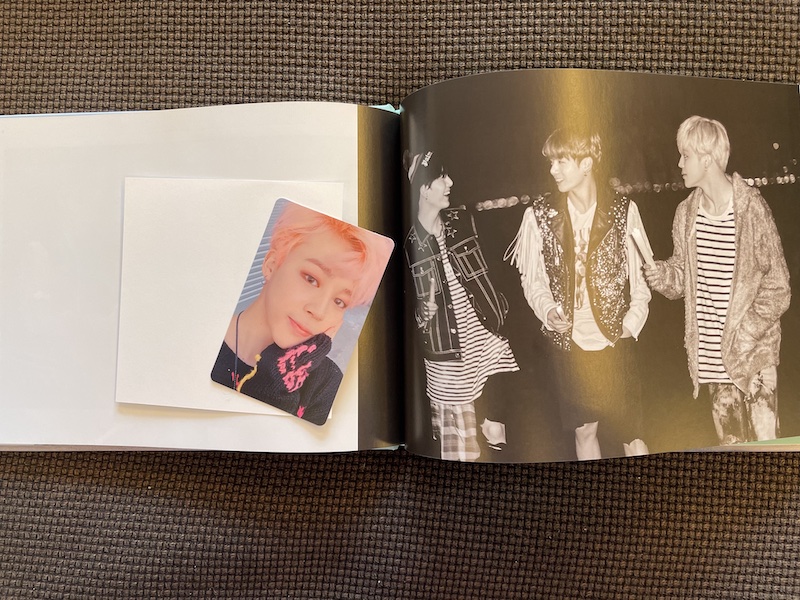 Why is Torekadeco Popular in Japan?

However, some may not know what to do with the cards, especially their favorites ones. This is where the torekadeco trend comes in handy.

In Japan, there is a recent phenomenon called “oshikatsu”, which translates to “bias activities”, meaning activities that support or cheer on a favorite person or character, also known as a “bias”. Some examples of these activities include buying goods, attending live events, and posting on social media. This phenomenon is not limited to K-pop idols, but also J-pop idols, actors, YouTubers, and even anime or game characters.

Many Japanese teen fans like to do torekadeco and post them on SNS as part of their oshikatsu. However, the freedom of creativity and the unlimited possibility with the customization in torekadeco is what became so trendy.

Here are easy steps to decorating your trading card (torekadeco)!

In Japan, these ingredients are typically sold at the dollar store or easily found online 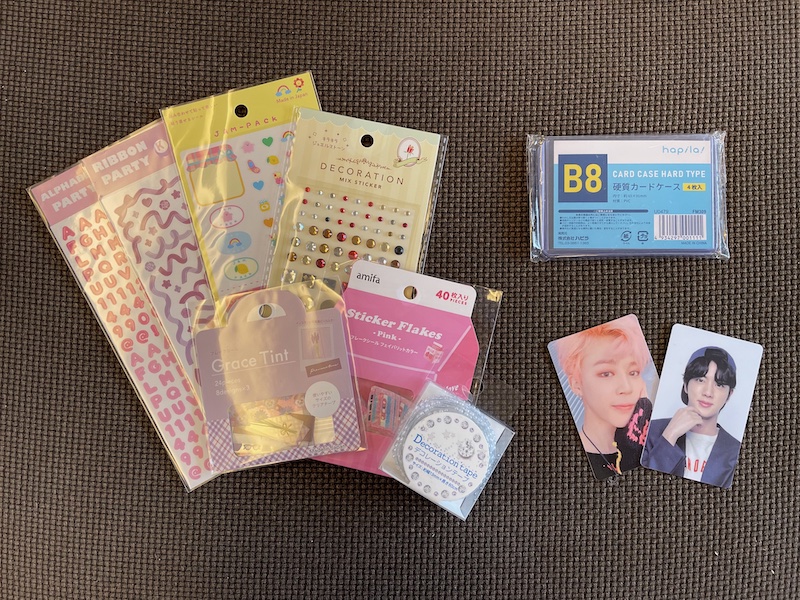 1. Put the card into the transparent sleeve 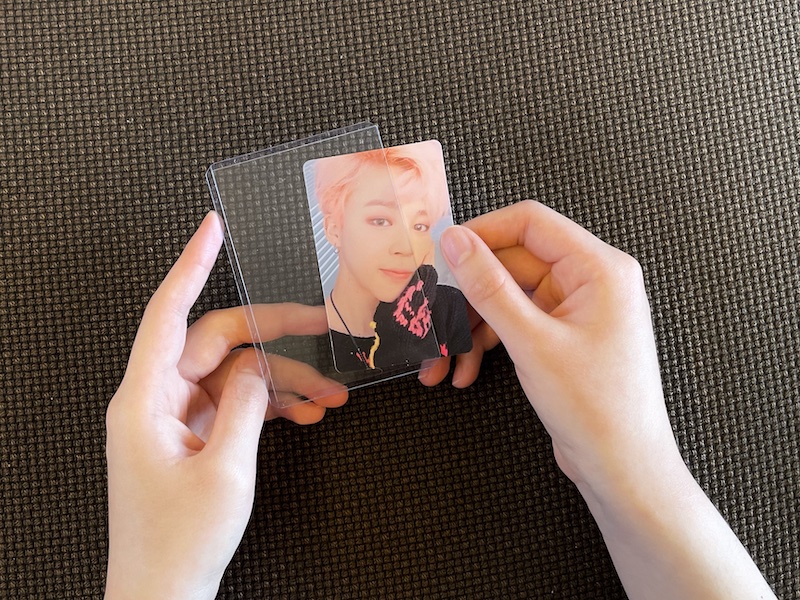 2. Decorate with stickers to your own liking 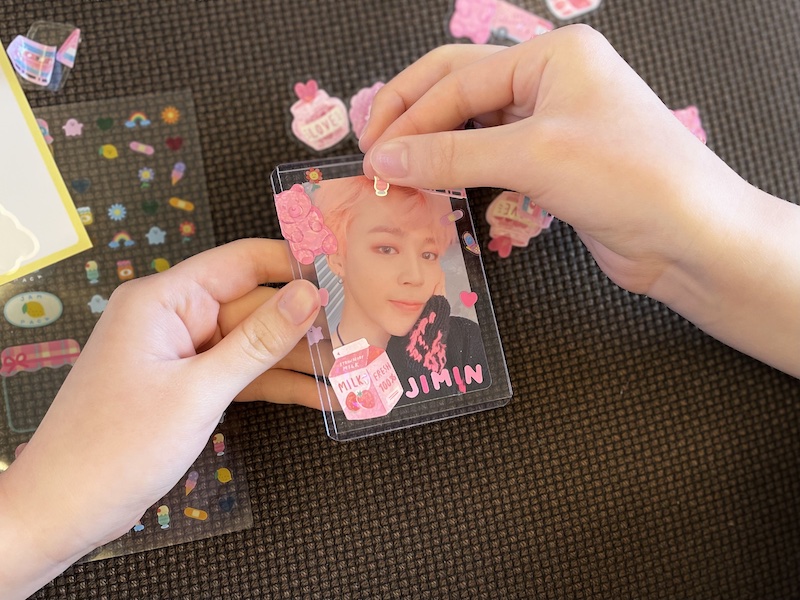 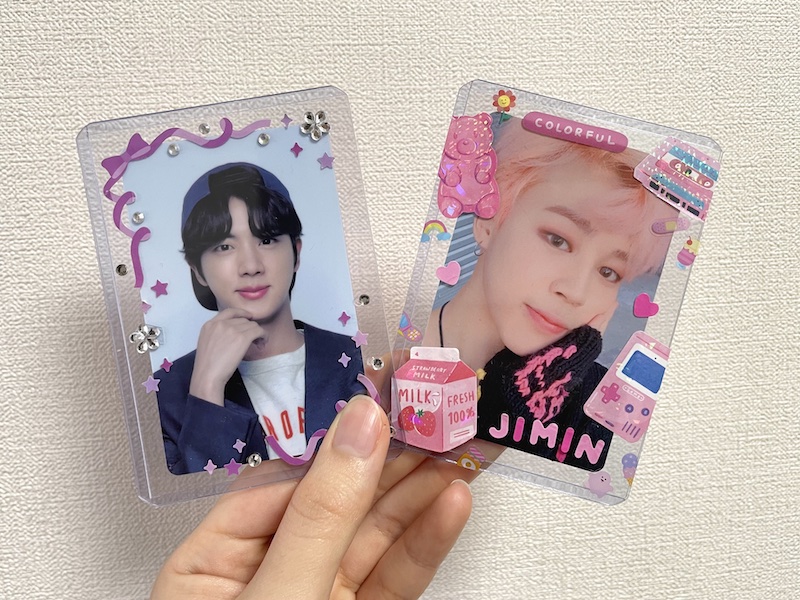 What you do with them is up to you! You can share it on social media or keep it and decorate more cards in your collection!

Here are some examples by other fans:

If you have a photo card, I recommend trying out this fun, budget-friendly activity! Perhaps you can trade your design with your friends and post them on social media as a part of your oshikatsu too!

“PRODUCE 101 JAPAN SEASON 2” Has Debuted a New Boy Group, INI, Despite the Pandemic[英文記事]

Who is JO1? A Guide to Knowing the Popular Japanese Boy Band [英文記事]

ソウルのBT21カフェに行ってみた！ ［食レポ］ BT21 Cafe in Seoul: My Review of the Store and the Food ［動画あり］

The K-Pop Addiction in the West: What Does Western Pop Have to Do with It? 世界中で大ブームのK-POP、その人気の秘密は洋楽にアリ！？[動画あり]